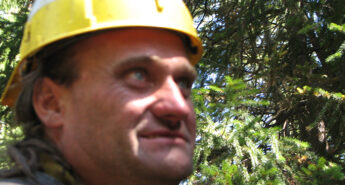 This morning at fire camp: I was eating breakfast – fried eggs, hash browns smothered in salsa, and chicken fried steak and gravy sprinkled generously with tobasco over everything washed down with chocolate milk. I ate it all. END_OF_DOCUMENT_TOKEN_TO_BE_REPLACED 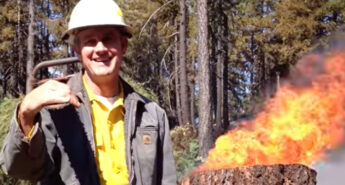 Since I am both a man of faith and a firefighter, and I love to write on both subjects, I have decided to do just that. MarcOnFire, my chosen site handle, can apply to both equally well and I like the idea. As I accumulate years and wisdom, I find myself pondering God even more than ever.  I get a lot of personal satisfaction from reflecting on all I have learned about life and trying to guess the big picture from Godly perspective.  Basically I have discovered that 1) God is Love,  2) People like to speak for God, and 3) the two are not equal but often become opposing concepts.  I am a religious warrior rebel on a mission of discovery.

The rugged lifestyle of logger/firefighter is my proving ground for my religious discoveries as I find I am linked with my Heavenly Father in all I do.  I tie it all together a bit at a time as I observe and ponder.

I think it will be fun to expound on religious subjects with pithy logger style logic. 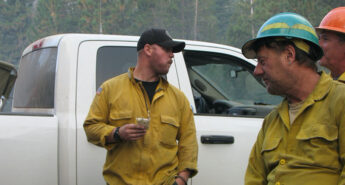 The old faller boss is ready to retire. He has a sense of humor that won’t quit. Some may frown on that, but he has that old guy get ‘er done mentality and the ability to do it.

For instance, my division leader ordered 4 sets of fallers, but there were no faller bosses, so we all sat around for a day. The next day they brought in Benhower, whom I call Ben Hur. My partner, Bennie calls him Boomhaur. He does not object to anything we do to the hapless feller, in fact he seems to appreciate it. In fact, I came up with the saying “who killed Bennie?” for a comedy line which Ben loved and also sparked a hilarious South Park routine from Russell. END_OF_DOCUMENT_TOKEN_TO_BE_REPLACED 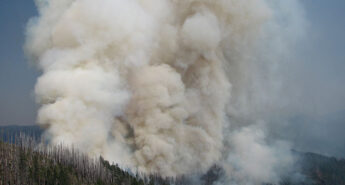 What is it with Mother Nature? Trouble is afoot. Floods, hurricanes, drought, El Nino, wild-fires, a tree-beetle epidemic, melting glaciers, tsunami, and I’m sure a volcano is about to blow…all symptoms of a distressed Mother Earth. What, you ask, could upset the fearsome Ma Nature like this, leading to such demonstrations of her terrible wrath? END_OF_DOCUMENT_TOKEN_TO_BE_REPLACED 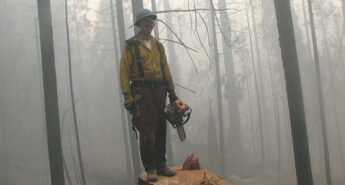 Well, I got in late last night. We hiked in 1.5 miles to work on the west flank of the Warm Springs fire near Mt. Jefferson. We worked until 6 and then hiked back to the rigs, and then hauled tents and camping supplies up a trail several hundred yards and set up a spike camp just before dark. The wind was blowing strongly and the camp was in some trees. To get there we had to walk through a bunch of burning trees. END_OF_DOCUMENT_TOKEN_TO_BE_REPLACED