The old faller boss is ready to retire. He has a sense of humor that won’t quit. Some may frown on that, but he has that old guy get ‘er done mentality and the ability to do it.

For instance, my division leader ordered 4 sets of fallers, but there were no faller bosses, so we all sat around for a day. The next day they brought in Benhower, whom I call Ben Hur. My partner, Bennie calls him Boomhaur. He does not object to anything we do to the hapless feller, in fact he seems to appreciate it. In fact, I came up with the saying “who killed Bennie?” for a comedy line which Ben loved and also sparked a hilarious South Park routine from Russell.

So the Division told Ben to take one set and go do an assignment. He took one look at the situation and went back to Division and told him he wanted to take all 4 sets of fallers, two men per set, and go do the assignment. One faller boss for 4 sets is unheard of. Two max.

He got approval, which is a compliment to Division, and we all went to work, worked all day and got it done, while Ben stayed out of the way and let us go. He said, “You guys don’t want some old guy ‘lurking’ around while you do what you do best”.

I whole heartedly approve, and told him so. In fact, I personally inducted him into my Logger Hall of Fame, which I told him he was a first as a Faller Boss, which are generally not welcome. He really liked that. But he is a goof off and does ruffle some feathers now and then. Professional while having fun.

So he brought in a faller boss trainee, Hodge, whom quickly became known as Hodgie. Now Hodgie and Benhaur are like the odd couple, with Benhour being the sloppy goofy one. So he introduces Hodge who takes control and starts talking fast and talking get ‘er done stuff… We are all old. 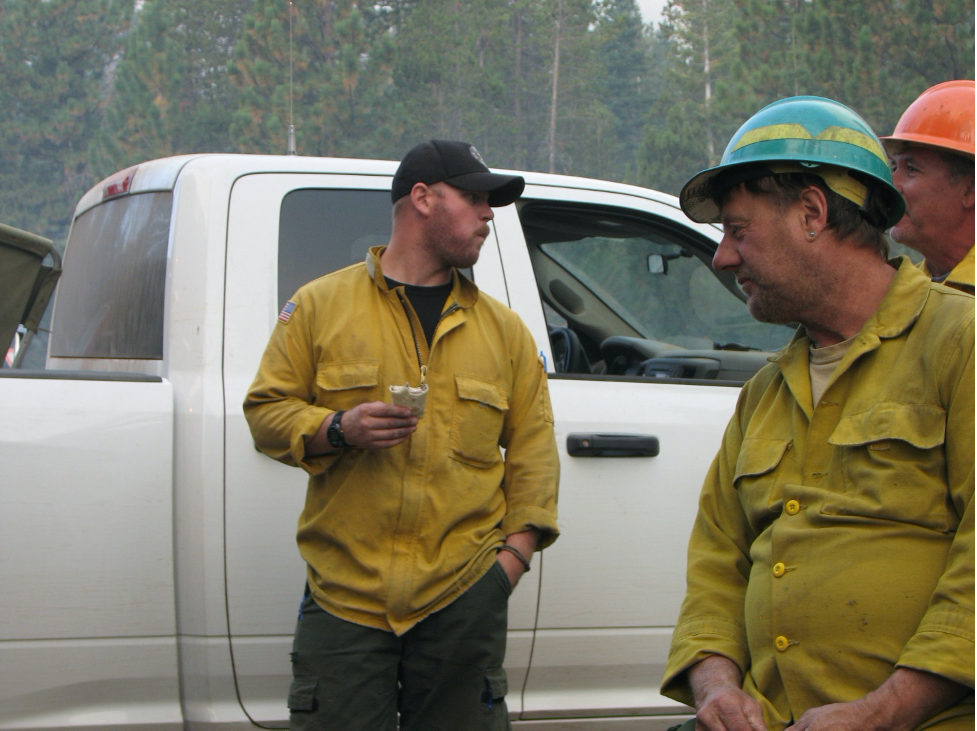 Benhower sees it is not going too well and suggests this: “I use humor with this group”. Non register. Now, don’t get me wrong, Hodgie is a good guy to be sure, but he is young with something to prove.

My partner, Bennie, the ex-marine volunteers us for the first assignment with Hodge. We find the first tree to cut, a burning snag with hot ashes all around. Now we could have cut some chunks of wood to put down on the hot ashes, manned up, and fell the snag, but why??? So we went down to the road to request an engine to come up, pull hose and cool off the snag prior to beginning snag falling operations.

On the way down I told Bennie, “Let’s spark Hodgie up a little bit – use your Marine talk on him.” He said OK, so he did.

Hodge understands military lingo well, as well as the no-nonsense fast talk rhythm of it. We were in. Actually it back fired because Bennie actually began liking Hodge quite a bit. Well, actually, so did I, but only after he relaxed a bit after we got some blackmail pictures. Hehe.

We bad.  True to my promise as per sweetly put request, the blackmail pics have been lost forever, but I do have some nice pics for your pleasure.